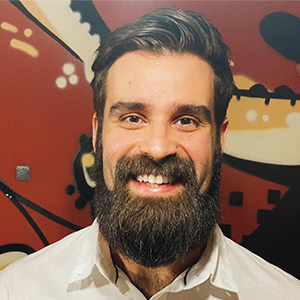 Chief Operating Officer and partner at Anga&Din4mo. Founder and former CEO of Qura, an editorial business focused on management and leadership content. Serves at the Editorial Board of MIT Sloan Management Review Brasil, published by Qura. Holds a degree in management from UFRJ and was Vice-President of Brasil Júnior, the Brazilian Confederation of Junior Enterprises. As a Mechanical Engineering student, he was President of the Junior Enterprise Flow Consulting and responsible for managing the organizational change that resulted in significant revenue and number of projects increases, as well as recognition awards. In 2013, he was President of the Federation of Junior Enterprises of the State of Rio de Janeiro - RioJunior, where he led the team responsible for achieving, in the first year, a large part of the goals foreseen in the strategic planning triennium, as well as the consolidation of products and strategic partnerships. He served on the Council of Young Entrepreneurs of the Rio de Janeiro Trade Association. Pedro was also Ambassador Mentor of the CHOICE program, where he lectured on social entrepreneurship at various opportunities, such as the UN World Youth Congress, and was the only Brazilian participant in the Global Entrepreneurship Summer School 2013, of which his team was the winner.