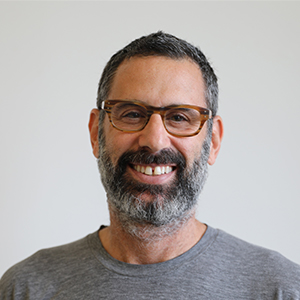 John Salzinger is a serial entrepreneur and is always looking for a problem to solve utilizing new technologies and new ways of ideating around them. He is a seasoned expert in sales, product, content, business development and technology.

Currently, as Founder and Chief Business Development Officer, John devotes himself to overall strategy, Product ideation and innovation, maximizing the global distribution of B Corp MPOWERD’s innovative lighting solutions, marketing to various verticals and markets. Together with principal inventor and one of MPOWERD’s original co-founders, Jason Snyder, he worked hand-in-hand to develop the Luci inflatable solar lantern after an earthquake in 2010 left thousands without power in Haiti.  John continues to play a leading role in developing innovative new solar products to positively impact the lives of people everywhere. In only 7 years, he has sold millions of products and created a well defined brand and formidable global CPG presence.

Having begun his professional career in fashion photography, John worked in the global print market before shifting into television as a News Editor for ABC World Television News. Adapting to changing technologies, John became a Multimedia Producer, writing, editing and producing his own voiceovers for Associated Press Digital. Moving beyond news and into finance, John was instrumental in opening the NYC office for Heartland Payment Systems (NYSE: HPY) and subsequently founded Platinum Processing, an ISO of EVO Merchant Services where he hired and managed a staff of Sales Representatives, Value Added Resellers and supported hundreds of clients Nationwide, processing millions of dollars annually. Just before co-founding MPOWERD, John was a consultant at Clever Rooster and a Director of Sales and Content at social, local, mobile, tech start-up, gopogo.

John is an avid surfer, basketball player, beach bum and yogi. He holds closely his beliefs in true equality between all people and balance in life.