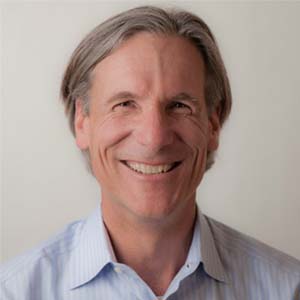 Working well in teams is one of the most useful life lessons a person can learn. Jib Ellison knows this firsthand using his more than 40 years of working in teams as a river guide and entrepreneur to effect significant results in cultural relations and environmental sustainability worldwide. Jib founded Blu Skye in 2003 around the idea that the greatest untapped source of competitive advantage in the 21st century would be found through the deep adoption of sustainability principles into core business strategy.

He used his knowledge of teamwork during the height of the Cold War between the USA and the Soviet Union in the 1980s to co-found Project RAFT (Russians and Americans For Teamwork), a nonprofit organisation that pioneered citizen exchange programs between the two nations built around wilderness river expeditions. Ellison knew that the teamwork naturally essential in rafting trips had the power to unite strangers, overcome differences and create lasting friendships – small actions that could lead to far-reaching changes.

The long-time adventurer, conservationist and sustainability expert will be a keynote speaker at the first World White Water Rafting Summit of the International Rafting Federation (IRF) from October 8 to 13 in Costa Rica. Presented by the Costa Rica Tourism Board (ICT), the premier event will be held at the Costa Rica Convention Center in San Jose and the renowned Pacuare River. Rafting and adventure travel professionals from across the globe will come together at the Summit to engage in powerful workshops, develop plans together for the future of white water rafting, and share their experience to build on safety foundations in the adventure travel and sports industries.

“Rafting is one of the world’s great adventure sports and anything we as part of the industry can do to make it safer and more fun and inviting, we should do. This Summit will work toward that,” said Ellison. “Teamwork is the essence of safety and fun in rafting and it is absolutely essential that guides be coordinated and work together as a seamless, high-performing team. By setting standards to follow, rafting companies and countries need to be able to work together effectively,” he added.

Hailing from the San Francisco Bay area, he began river guiding at age 16 for California’s largest outfitter, Whitewater Voyages, which ultimately led to exploring and commercially running over 50 different rivers in all continents except Antarctica.

Armed only with rafts, idealism, and a belief that citizen to citizen exchanges centered on wilderness river rafting expeditions could make a difference in warming the political relations between the USA and the Soviet Union, a 20-something Ellison and fellow California river guide Mike Grant created Project RAFT in 1987. In collaboration with renowned Siberian river explorer, Misha Kolchevnikov, they organised the first international rafting competition during the 1989 Chuya Rally, an annual raft festival held on the Chuya River in the Altai region of Siberia. More than 50 rafting teams from 13 nations, including Costa Rica, participated in that event which led to an annual world rafting competition hosted by a different country each year – in 1990 on the Nantahala and Nolichucky rivers in North Carolina, USA; in 1991 on the Reventazon and Pacuare rivers in Costa Rica; and in 1993 on the Coruh River in Turkey.

While Project RAFT concluded in 1993, its effects were substantial – not only paving the way for increased citizen partnership between the U.S. and the former Soviet Union, but also leading to launching European rafting  championships and other international competitions, and eventually to the creation of the International Rafting Federation in 1997.

Today Ellison runs an environmental sustainability consulting firm, Blu Skye, that he founded that specializes in analyzing, designing and running complex, multi-stakeholder projects for Fortune 500 companies, NGOs, foundations and industry associations. His unique and visionary approach to advising business leaders on how to protect and conserve natural resources has resulted in such large-scale changes as the mega-corporation Wal-Mart embracing sustainability as part of its core practices. Additionally, Ellison serves on the board of directors for Tompkins Conservation, a foundation that has recently spearheaded the creation of over 12 million new acres of national parks in Patagonia. He is on the advisory board of the Corporate Eco Forum, an invitation-only membership organization for corporate leaders. Ellison still enjoys rafting wherever and whenever he gets the chance.